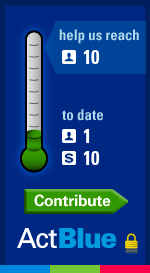 It was a massive tax cut for the rich, disguised as a health care bill.  It would have resulted in 24 million more people being uninsured by 2026, and those who do get coverage will get less and pay more.  A lot more.

On the nongroup market, annual net insurance premiums for a 64-year-old with an income of $26,500 would rise from $1,700 to $14,600. Yup, that an annual increase of $12,900, to buy a significantly less generous policy than is now available under ACA. For proponents of AHCA, that’s politically self-immolating.

All week we watched the spectacle of Republicans who merely want to destroy Obamacare, fighting with the Republicans who want to be even more cruel.  The fact that they couldn’t agree among themselves is almost immaterial to the main lesson here.  The Republican Party proposed this bill.  Never let anyone forget it.  The shame can never be allowed to fade.

Why on earth wouldn’t you trust your employer with your private genetic information?

If you think your genetics are your own personal beeswax, think again. Amidst all the hoopla surrounding the Affordable Care Act this week, the House GOP quietly pushed forward a bill – HR 1313 – that would make it legal for employers to demand genetic testing from workers. Workers who refuse could be penalized for thousands of dollars.

On Wednesday, a House committee approved the bill with “all 22 Republicans supporting it and all 17 Democrats opposed,” according to Business Insider.

“What this bill would do is completely take away the protections of existing laws,” said Jennifer Mathis, director of policy and legal advocacy at the Bazelon Center for Mental Health Law, a civil rights group. In particular, privacy and other protections for genetic and health information in GINA and the 1990 Americans with Disabilities Act “would be pretty much eviscerated,” she said.

The architects of the new GOP health care plan have an amazing new perspective. “Republicans,” Politico reported this morning, “say the plan’s price tag and estimates of how many people it will cover aren’t really important.”

Under normal circumstances, it’s tempting to think these would be the first two questions Republicans would ask about any reform plan. Wondering how many Americans will have health insurance and how much the plan will cost aren’t exactly obscure matters of policy minutiae, but as of this morning, GOP officials prefer to think of these metrics as trivia.

No wonder Republicans are proceeding without a score from the Congressional Budget Office. They don’t know what their bill will cost or how many millions of Americans will lose their health insurance – and they plainly don’t care.

From the Maddow Blog, some details on what the Republicans have been talking about for seven years when they say “repeal and replace.”  Mostly, repeal.  And tax cuts for the rich.

House Republican leaders on Monday formally unveiled legislation to repeal most of the Affordable Care Act and “replace” it with a very different health policy scheme ― one in which government would do a lot less to help people get comprehensive health insurance and, most likely, many more people would struggle to find affordable medical care. […]

And, crucially, the legislation is a vehicle for massive tax cuts for rich people and corporations, paid for by slashing assistance to poor and middle-class people.

Tax cuts for the rich, death by lack of health care for the poor middle class.  Ladies and Gentlemen, the Republican Party.